IT'S A BEAUTIFUL DAY IN THESE NEIGHBORHOODS 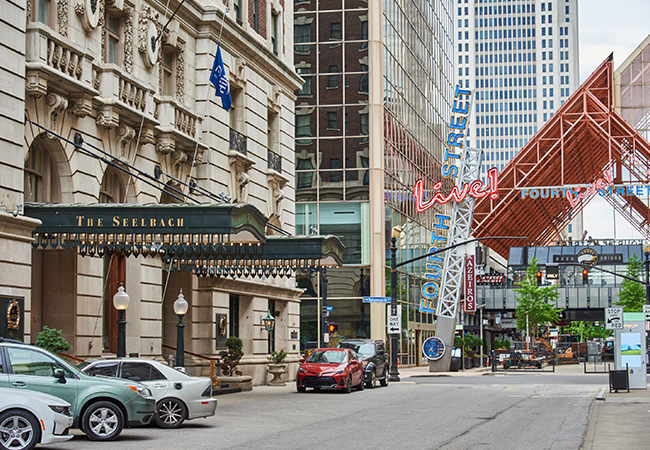 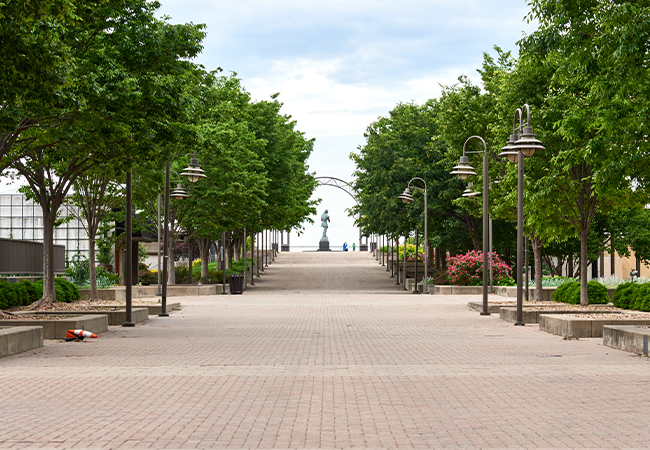 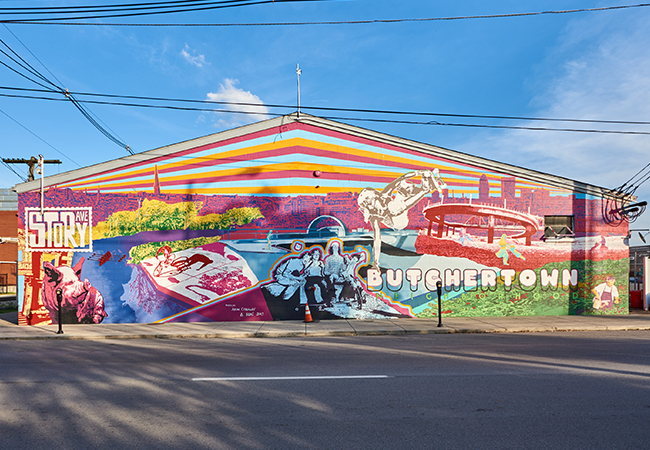 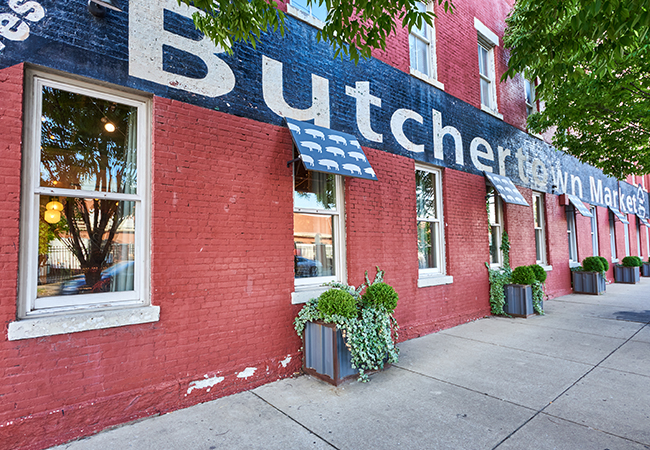 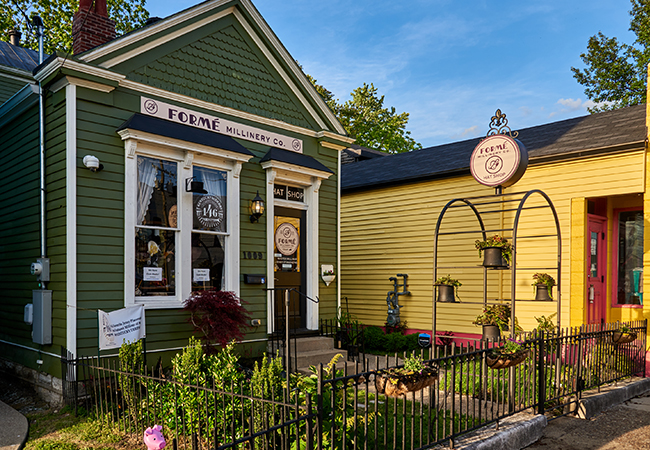 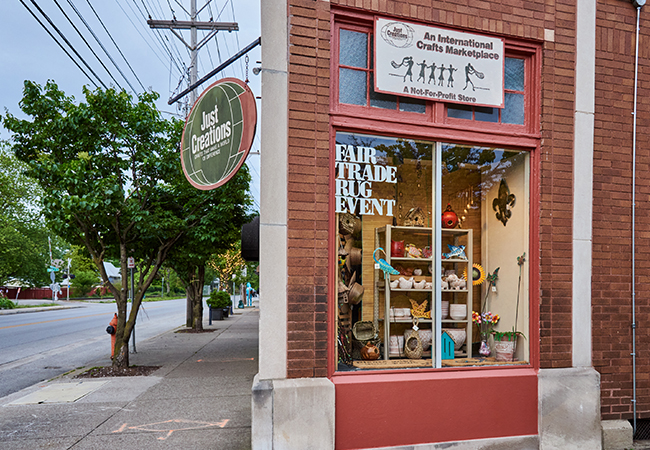 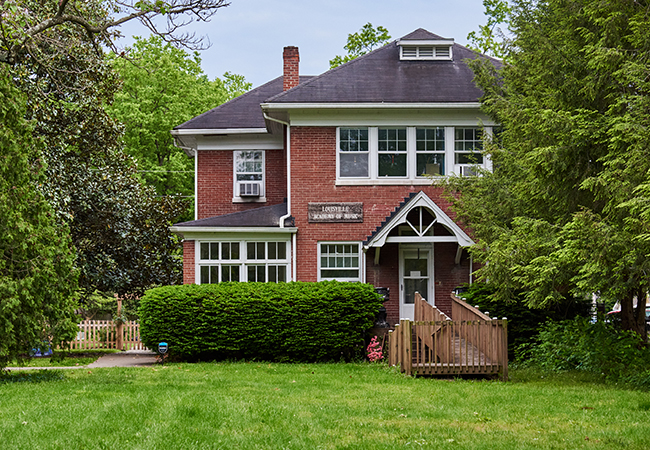 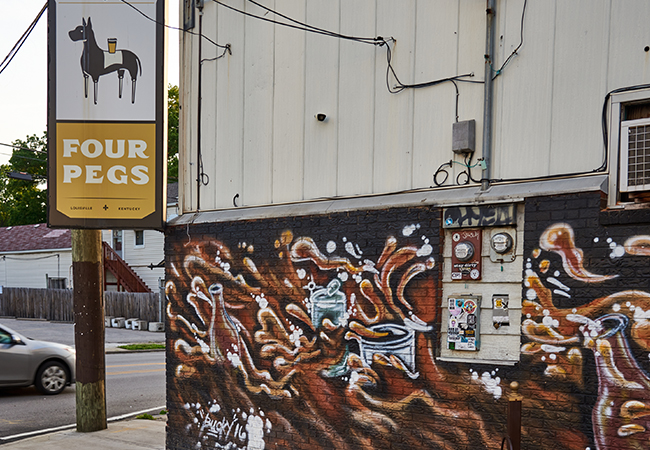 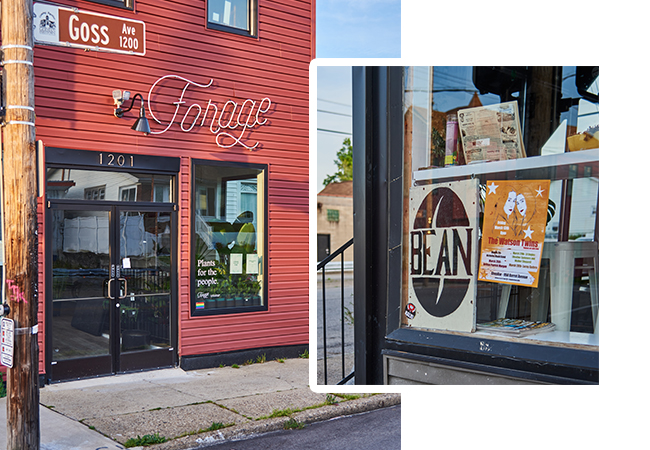 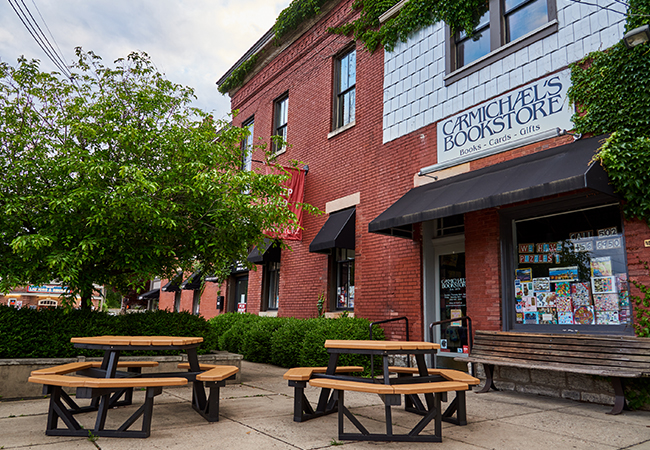 Part of what makes Louisville great is its fascinating history. Here, Danny Alexander takes you on a pictorial tour of nine of Louisville’s historic neighborhoods. Each plays a large role in the rich past of the city we love.

Downtown Louisville is the oldest part of our lovely city. Its initial development was closely tied to the Ohio River. Fort Nelson, the largest early fort, was built in 1781, near what is now known as the corner of 7th and Main streets. Today, Downtown Louisville is home to beautiful high-rise buildings, historic hotels, distilleries, and tourist destinations (such as Louisville Slugger Museum and KFC Yum! Center). Dining and nightlife are alive and well downtown.

Established in early 1796, Butchertown is one of the oldest neighborhoods in Louisville. Many of the first residents were metal workers, butchers, or worked to support the butchering community. “It is a working-class neighborhood that co-exists with industrial and community buildings that date back to almost the very beginning of Louisville. Buildings and residences boast the Victorian Bric-à-Brac charm that graced many of the buildings dating back over 100 years. Shopping, dining, nightlife, and retail are booming in Butchertown.

Sitting between the two forks of Beargrass Creek sits Crescent Hills, originally called “Beargrass”. Origins of this community began in the 1850s when the Lexington and Louisville Turnpike (now known as Frankfort Avenue) and the Louisville Frankfort Railroad were built in the area. Today, Crescent Hill is a vibrant area with locally-owned shops and restaurants.

Germantown, settled as farms and butcher shops by German immigrants, was established in the 1870s. Today, the area is transitioning to a younger demographic, and many homes in the neighborhood are undergoing renovation, and urban homesteading (complete with gardens, beehives, and backyard chickens) is common.

Near downtown Louisville, the last area to be citified was The Highlands. Although most landowners were families of English descent, many of the first residents were Germans during its agricultural days. Sweeping residential development didn’t begin in the area until the expansion of the streetcar line in the 1890s. Today, The Highlands largely consists of a wide variety of nightclubs, businesses, and upscale restaurants.

NuLu was initially part of a 1,000-acre Royal land grant, awarded for his service during the French and Indian War, to Colonel William Preston. The area was added to the city of Louisville in 1827. Galleries, museums, boutiques, eateries, and other businesses have flourished in the area.

Despite its name, Old Louisville is not the oldest part of Louisville. Widespread development did not begin until the 1870s, almost a century after the settlement of Downtown Louisville. The area was initially part of three separate military land grants issued in 1773 and was widely used as farmland in the mid-19th century. Mostly residential, Old Louisville contains the highest concentration of homes with stained glass windows in the U.S.

St. Matthews was settled in 1779 by European Americans during the American Revolutionary War. The Ohio River flood of 1937 caused families to leave the low-lying ground in Louisville and move to St. Matthews, therefore accelerating its growth. It incorporated as a city in 1950. St. Matthews hosts quaint homes and streets, eclectic retail shops, national chain retailers, bars, restaurants, and the St. Matthews Mall.