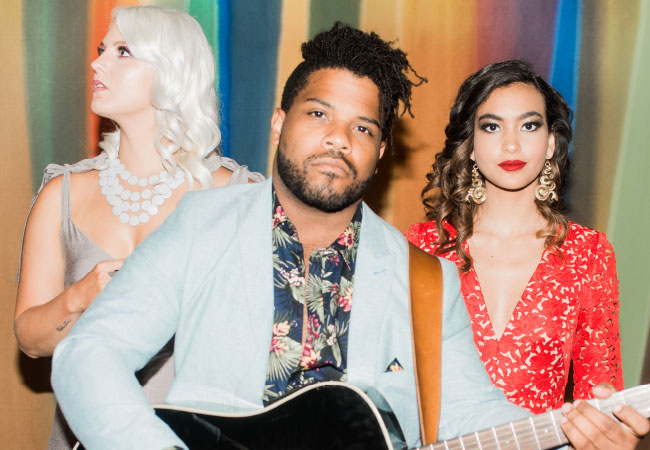 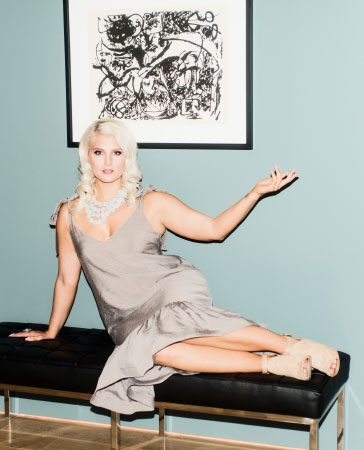 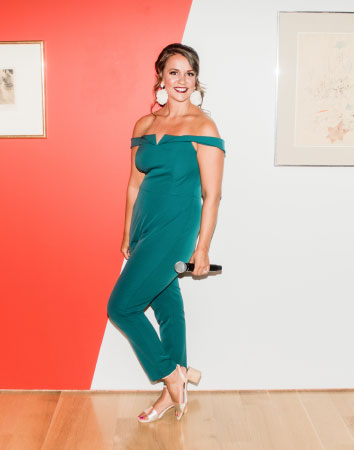 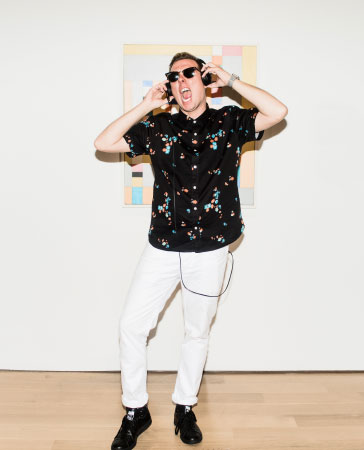 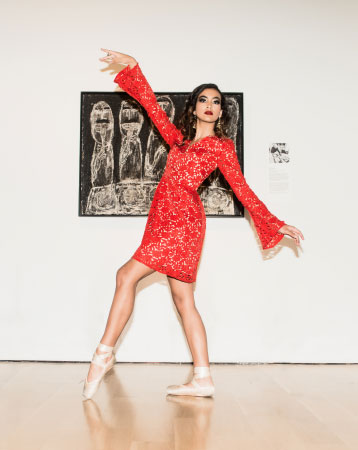 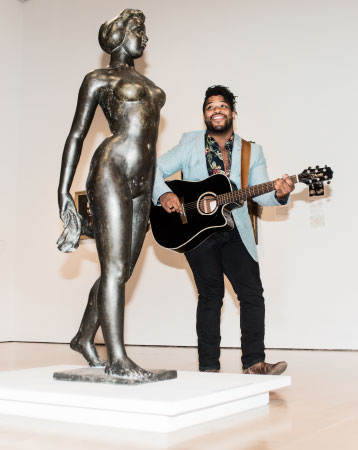 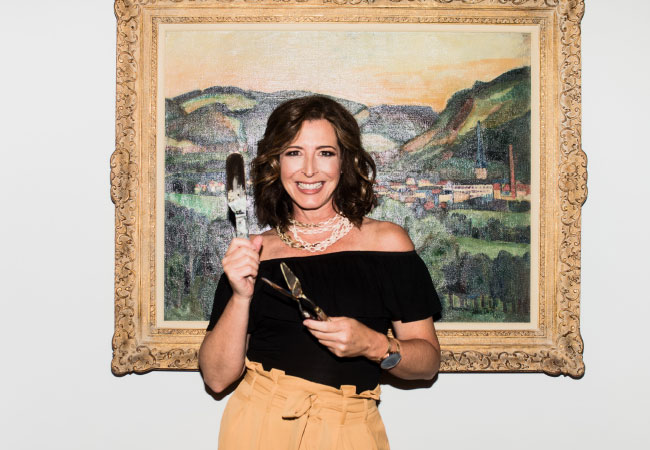 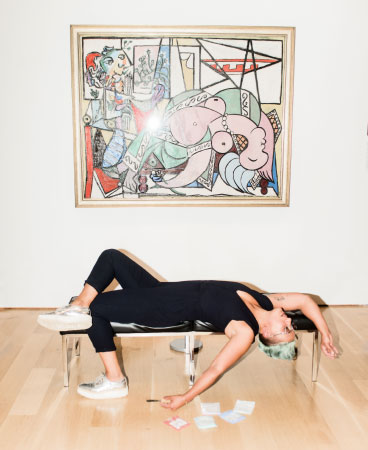 Since its reopening a little over two years ago, The Speed Art Museum has been redefining the role not only of a museum, but of art as well. From its robust After Hours program every third Friday of the month that routinely draws crowds of  over a thousand people for cocktails, music and art appreciation to its popular Speed Cinema that plays thought-provoking films like Loving Vincent and RBG to regularly sold-out audiences, the museum is engaging more people from in and outside our city in ever more meaningful ways. Between these creative new initiatives and exhibits such as Women Artists in the Age of Impressionism and Picasso to Pollock (featured on these pages), The Speed Art Museum is firing on all cylinders and fully expects to hit its fiscal attendance goals.  There is no better place to showcase members of our city’s diverse artistic community or to celebrate the thriving arts  scene that lends life in Louisville so much energy, excitement and color.

Natasha Lynn hails from Anoka, Minnesota and is a graduate of Lawrence University and the University of Louisville.

“I love to perform opera because it takes me to a whole new world. ” —Natasha Lynn Foley, soprano

She has had the opportunity to sing in young artist programs at distinguished opera companies such as Kentucky Opera, Des Moines Metro Opera, and Sarasota Opera. She was most recently seen on stage with the Kentucky Opera, where she made her professional debut as Echo in Ariadne auf Naxos. Endless Rose dress, $88; necklace, $22, and ring, $28, all from Collections boutique in Westport Village.

When Carrie Syberg isn’t managing the institution’s corporate, foundation and government relationships both nationally and locally, she can be found in the community-building awareness and partnerships around the Theatre’s mission and programming.

“The work that I enjoy most is spearheading our community-focused events including our Community Conversation series.” — Carrie Syberg, Director of Community Partnerships at Actors Theatre of Louisville

One highlight for her is always the Dracula Blood Drive in partnership with the American Red Cross and Fifth Third Bank. “Last year, we had record-breaking participation and collected over 77 pints of blood!” Actors Theatre’s 2018-2019 Season begins this fall and Syberg is looking forward to a production of Pipeline by returning playwright Dominique Morisseau. “We’ve produced several of her shows and each one has been so meaningful to me,” she say. “I’m excited to watch the city react to the timely themes of Pipeline and use the Theatre as a space for meaningful dialogue and action.” Adelyn Rae jumpsuit, $114; and Dolce Vita shoes, $118; both from Six Sisters Boutique in Nulu.

When he opened Forecastle with Houndmouth, DJ Sam Sneed finally stuck to a script. “Typically, nothing I do is scripted,” says the former punk rocker and current host of WFPK’s Night Visions Radio. “I read the crowd and see what they’re doing and I play for that.” At Forecastle, however, he soundtracked a new experience, even for himself. “Forecastle put me in front of a completely different audience of people who don’t listen to dance music,” he says. “I was a little nervous. But then I got roaring applause.

“What i do is soundtrack atmosphere. most of the time, i just jive off the crowd.” — DJ Sam Sneed

“ Sam plays every Friday at Galaxie and frequently appears at Headliners, but he’s always looking for new collaborations... like his first beer, Night Visions Radio, produced with Against the Grain Brewery. “I wanted to create a low-alcohol festival beer that  you could sip all day,” he says. “It’s now available at Kroger and it’s a bestseller at Mercury Ballroom. It’s crazy.  And the fact that a brewery would work with a DJ shows how supportive this city is of artists.  I’m also working with Russ Smith on a project. What’s great is the willingness of everyone in Louisville to work with each other.”  Short-sleeved button down from Him Gentleman’s Boutique on Frankfort Avenue.

“I’ve spent most of my life in dance shoes.” — Cheyenne Mecier, dancer and model

“That gave me a new appreciation of what I could do.”  While she recently stopped training, she has begun exploring ways to combine her passions of dancing and modeling, which she does with Heyman Talent.  “I was hired to dance at a MAC event in Chicago and that got me thinking about finding ways to use both of my skills,” she says. “In a city like Louisville, there are so many opportunities to collaborate and perform.” Monique Lhuillier dress, $375; ring, $80; Summer Eliason earrings, $85; all from Liv Boutique in Saint Matthews.

While he grew up in small town West Virginia where he developed a love of music, outdoor living and “things of old,” musician Scott Smith is thrilled to call Louisville home. Thanks to a unique partnership with Main & Clay, he lives rent-free in the luxury complex while focusing on professional development and enriching the lives of other residents by providing music for events and sometimes just on afternoons by the pool.

“Musicians of my generation grew during the ‘sampling era’ of music. I feel lucky that I have never felt tied to one genre.” — Scott Smith, guitarist, songwriter, artist-in-residence at Main & Clay Luxury Apartment Complex

“I feel very lucky to be supported in this way,” he says. “Louisville has been wonderful to me and I’m excited to be living in a part of downtown where the next boom seems to be happening.”  Before moving to Main & Clay, Smith toured with Ben Sollee who invited him to live with his family. He plays at Galaxie on Saturday nights and sees opportunity everywhere. “Louisville is busting,” he says. “There are so many talented people using this city as their incubator to slingshot their ideas into the world.” Paisley & Grey blazer, $180; and Pasiley & Grey shirt, $60; both at Him Gentleman’s Boutique on Frankfort Ave.

After a successful career in advertising and sales, Melissa made the decision several years ago to focus on her lifelong love of art. Much of her work is inspired by equine sports, her own horses, and the outdoors.

“Painting is what I’ve always dreamed of doing, but I waited for the right time to take that leap.” — Melissa Crase

Her preferred medium is acrylics on canvas and often features ordinary things painted with unexpected colors. Aside from paint brushes, her painting tools include; palette knives, sponges, corks, and even pieces of plants, all lending unique texture to her pieces. Her work can be found in galleries and shops around the country including The Omni Louisville and Revelry. Her studio is located in Winchester, KY. She + Sky bodysuit, $32; Jealous Tomato pants, $48; bracelet, $28 and necklace, $58, all from Collections in Westport Village.

As both a working artist and director of Mellwood Art and Entertainment Center, Bridget Clark strives to create a connection between art and community and between artists themselves. “My goal since I came here two years ago was to make Mellwood a kind of modern day artists’ colony where creative people could support and inspire each other and have a place to showcase their work to the public,” says Bridget.

“As a sculptor, I attempt to create objects that challenge people to look for deeper meaning.” — Bridget Clark, sculptor and Director of Mellwood Art and Entertainment Center

“I’ve brought graffiti artists in to beautify the place and also to get people to think about their definition of art and the role it plays in their lives. The Mellwood Interactive Art Show which takes place on September 8 and 9 and is now combined with the Taste of Louisville, is the best example of that. You have textile artists, chefs, shoemakers, milliners, sculptors, jewelry designers, all in the same courtyard sharing their work.” Cupcakes and cashmere jumpsuit, $128, from Six Sisters Boutique in Nulu.

All artwork featured in this story comes from The Speed Art Museum exhibit Picasso to Pollock: Modern Masterworks from the Eskenazi Museum of Art, Indiana University.