A PLACE OF HIS OWN 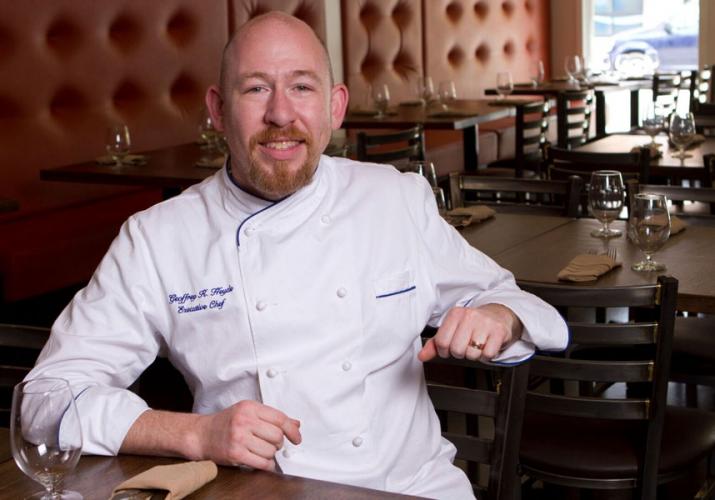 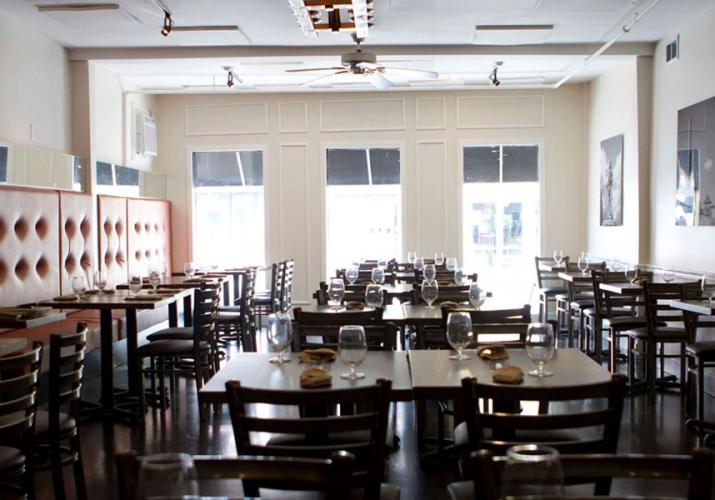 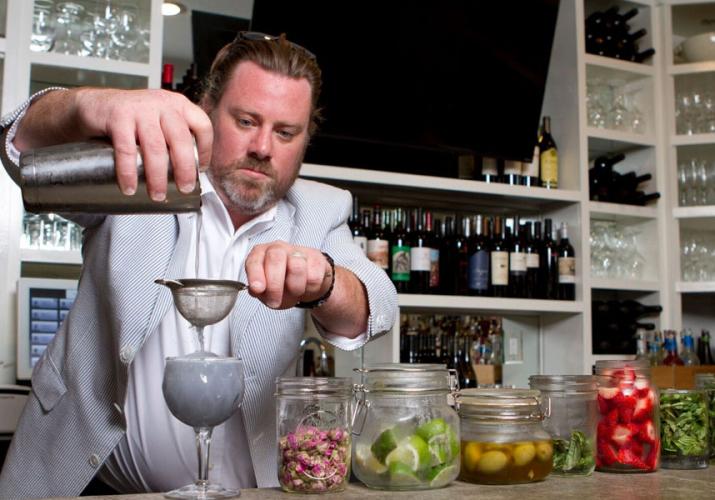 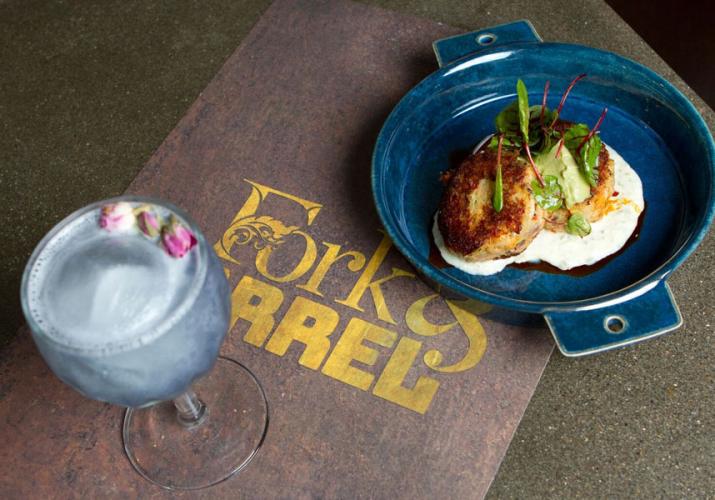 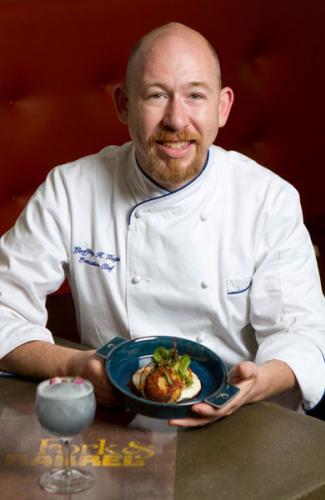 Having cooked at hot spots like Village Anchor and SET, chef Geoffrey Heyde is ready to add “owner” to his resume with Fork & Barrel. Nancy Miller stops in.
A  few people have told Geoffrey Heyde he must have been crazy to open a restaurant. There are times he thinks they may be right but he has no qualms about his decision.
Heyde, formerly the chef of The Village Anchor, SET and Owl Creek Country Club, debuted Fork & Barrel in April. “Restaurants are my passion. For the past four years, I’ve wanted to do something on my own. I have built a name for myself in Louisville, but not with my own bricks and mortar. This was the right time and the right place,” says the chef/owner. Fork & Barrel, 2244 Frankfort Avenue, is his expression of an upscale, refined American restaurant with a focus on local ingredients, craft cocktails and Southern hospitality.
He is joined by Chef de Cuisine Nick Sullivan who has a pedigreed past at The Oakroom and 610 Magnolia. Heyde’s wife, Emily, handles special events, marketing and social media.
“Collaborating with Nick and bouncing ideas off each other was a fun process, and will continue to be how we operate.

"When we were designing the menu, we asked ourselves what people are interested in eating today and how to give them an exciting experience at an affordable price."

The chefs experimented with three or four dozen dishes before settling on their first menu.
Lamb and veal can be pricey selections, but Heyde and Sullivan fashioned a two-way twist on them that keeps the price of the dishes in check: a pairing of lamb chops and braised lamb leg, and braised veal breast mixed with greens and loin of lamb.
Early front runners for most popular items are crab cakes; charred octopus with Great Northern beans, country ham, rutabaga and haricots verts; pork shank; and the lamb combo.
Although he was involved in every aspect of establishing the character of the restaurant, he credits Emily with much of the ambience. Ron Wolz, of Bittners, stepped out of his official role of official interior designer to offer the couple some friend-to-friends advice. “We ran with his ideas,” says Heyde. Clean lines and an orange and white color scheme define the décor that’s highlighted by a communal table of repurposed oak and maple communal table.
“Everything about Fork & Barrel is a team effort,” says Heyde. “I’m not trying to do everything myself. Bringing in talent to create the team gives everyone a sense of accomplishment.”

If it could be anyone in the world, who would you most like to have walk in the front door of Fork & Barrel?
Great chefs, authors and television Anthony Bourdain or Eric Ripert. I wouldn’t fix them anything special but would invite them to order off the menu. Our menu isn’t shy at all. I think they’d be excited to try a few different dishes.

What’s your favorite item on the menu?
Wow. That’s difficult to say because everything has so much love in it to make the flavors so extreme. I love the octopus, the lamb and the pork shank.

How have your personal tastes changed over the years?
Humans’ taste buds change every seven to 14 days. Growing up, I didn’t like quiche, scallops or scalloped potatoes. But I grew to like them by eating them when they were prepared to perfection. I wasn’t a big fan of anchovies, but I found that I enjoy the white ones. They’re completely different from the brown ones.

You’re a diabetic. Isn’t that a terrible challenge for a chef?
It’s really not a terrible problem and doesn’t inhibit me at all from tasting everything we serve, even desserts. I just have to calculate what’s in them and adjust my medication.

Are you intimidated when another Louisville chef comes to The Fork & Barrel for dinner?
One particularly cool thing about Louisville is that no chef is upset about another chef opening a restaurant. We want everyone to succeed. I might be a little nervous when a chef stops by, but I’m not being arrogant or cocky when I say we will impress people, chefs included, because our team is top notch. I think a lot of chefs would be very happy dining here. They’d have a good experience.