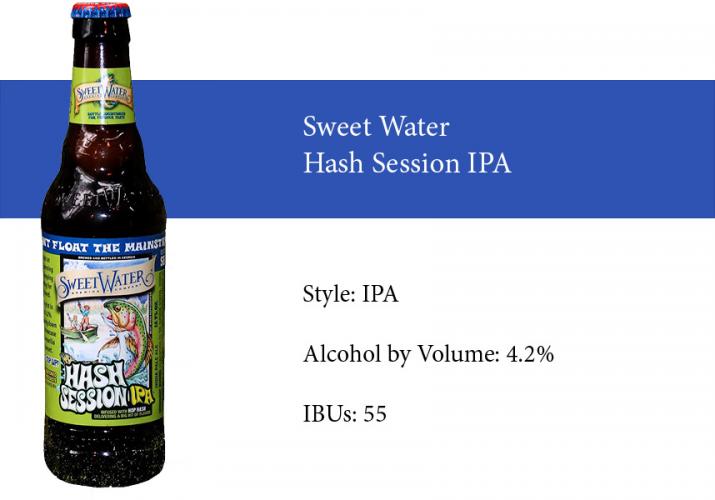 Why Terrell enjoys this beer: “Sweet Water brewing has been a favorite of mine since the day they first got to Kentucky. When I first got word on the new catch and release seasonal Hash Session IPA, I honestly just didn’t know what to expect. Once I had that first taste all I could say was WOW! Scraping the hop pelletizer to get that hop residue and using it in the brewing process was genius and the end product is incredible. The great flavor of those Amarillo Hops in “hash” form gives the beer the great IPA flavor without being to harsh on the taste buds. I also like that it is a catch and release session beer so I can enjoy a few while I am sitting lakeside waiting on the fish to bite! Hash Session is only around for the springtime, so pick up a 6-pack or grab a pint today!”
Alcohol by Volume: 4.2%
IBUs: 55
Taste Profile: Pungent with floral, tropical citrus fruit flavors and the hop has gives it that one of a kind chewy, gooey, resiny mouthfeel. As the chase, they are giving it a hefty dry hop to enhance the potent aromas. Ahtanum gives it orange and grapefruit tones, Crystal for a little kick of spiciness, and El Dorado bringing some pear and watermelon characteristics.
Food Pairings: Mexican food, grilled meats, Cheddar cheese