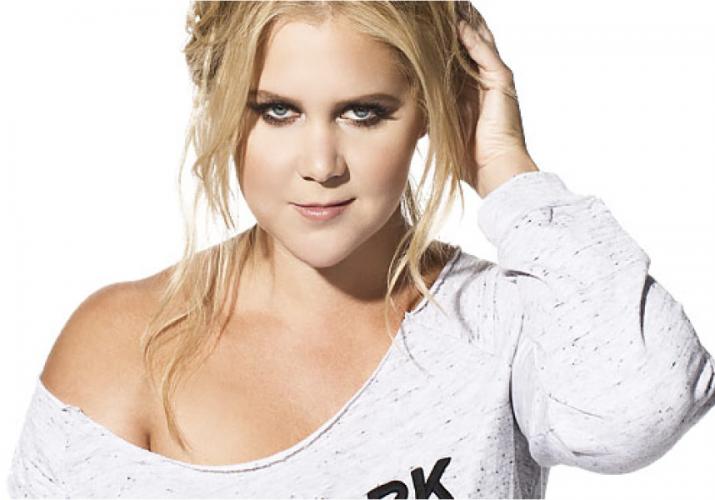 Amy Schumer has proven herself one of the entertainment industry’s leading forces as a standup comedian, actress, writer, producer and director. Amy kicks off this small tour on April 7th at Santander Arena in Reading, PA and will make a stop in Lexington, KY at Rupp Arena on Saturday, April 30.
Tickets go on sale for the Lexington show beginning at 10:00am on Friday, March 18at Ticketmaster.com, the Rupp arena box office and all Ticketmaster outlets.  Charge by phone at 1.800.745.3000.
Amy is the creator, star, writer and executive producer of the award winning Inside Amy Schumer, the popular Comedy Central television series which premiered in April 2013 to the network’s highest season premiere ratings of that year. The show, which is currently in production on Season 4, and recently picked up for a fifth season by Comedy Central, will be returning on April 21st, 2016.
Inside Amy Schumer recently won the Writers Guild Award for Best Comedy/Variety Sketch series. Last fall the show was honored with the first-ever Emmy Award for “Outstanding Sketch Variety Series.” She was also nominated for “Outstanding Directing for a Variety Series,” and “Outstanding Writing for a Variety Series.”  Schumer received honors for “Individual Achievement in Comedy” and “Outstanding Achievement in Comedy” from the Television Critics Association in 2015.  Additionally, she was awarded The 2015 Critic’s Choice Television Award for “Best Actress in a Comedy Series.” Among the show’s many accolades, it also received the prestigious Peabody Award in 2014.
Simon & Schuster’s imprint Gallery Books will publish Schumer’s first book “The Girl with The Lower Back Tattoo” on August 16th, 2016.
Schumer is currently in production on the independent film Thank You For Your Service opposite Miles Teller for director Jason Hall. The film is an adaptation of David Finkel’s book of the same name, and follows a group of U.S. soldiers returning from Iraq who struggle to integrate back into family and civilian life, while living with the memory of a war that threatens to destroy them long after they’ve left the battlefield.
Soon after, Schumer will begin shooting an as yet untitled mother-daughter adventure comedy opposite Goldie Hawn for director Jonathan Levine.  The film centers on a mother-daughter duo trapped in a vacation gone wrong.  Schumer and Kimberly Caramele are executive producing the project and completed additional script work on Katie Dippold’s screenplay.  The film will be released by 20th Century Fox.
Schumer’s Universal Pictures hit Trainwreck dominated the 2015 summer comedy international box office. Amy wrote the film which co-starred Bill Hader, Tilda Swinton, Brie Larson, Lebron James and Vanessa Bayer. Judd Apatow directed the film which was nominated for two Golden Globes including Best Actress, Comedy or Musical, as well as Best Picture, Comedy or Musical.  Additionally, she won the Critic’s Choice Award for “Best Actress in a Comedy” and was nominated for a Writers’ Guild Award in the category of “Original Screenplay.”
Her one-hour HBO comedy special, Amy Schumer: Live at the Apollo directed by Chris Rock, premiered on October 17th, 2015 and was HBO’s most watched Saturday night comedy special debut since December 2009. The special earned her a Writers Guild nomination for Best Comedy/Variety Special.
In 2015 The British Academy of Film and Television (BAFTA) honored Schumer with The Charlie Chaplin Britannia Award for “Excellence in Comedy.”
As a stand-up comedian she continues to tour to sold out shows around the world. Schumer’s hit one-hour stand-up special for Comedy Central, Mostly Sex Stuff, stands as the network’s highest rated original stand-up special since 2011.  She was also one of the featured comedians on Comedy Central’s Roast of Roseanne, which followed her memorable and quotable performance on the 2011 Roast of Charlie Sheen.
She made her network debut in 2007 when she starred on NBC’s Last Comic Standing and soon after co-starred on 30 Rock and received her own Comedy Central Presents special.   Her other television credits include FX’s Louie, HBO’s Girls and Curb Your Enthusiasm as well as Adult Swim’s Delocated.
Additional film credits include Seeking a Friend for the End of the World starring Steve Carrell and Kiera Knightley, and Price Check, an independent feature opposite Parker Posey which premiered at the 2012 Sundance Film Festival.
Her album Cutting placed in the top 5 of the Billboard Charts and has been included on multiple Best Comedy Albums of the Year awards’ lists.
Schumer is a founding member of The Collective, a New York based Theatre Company, and a graduate of The William Esper studio where she studied for 3 years.
For more information and a complete list of tour dates go to: www.amyschumer.com