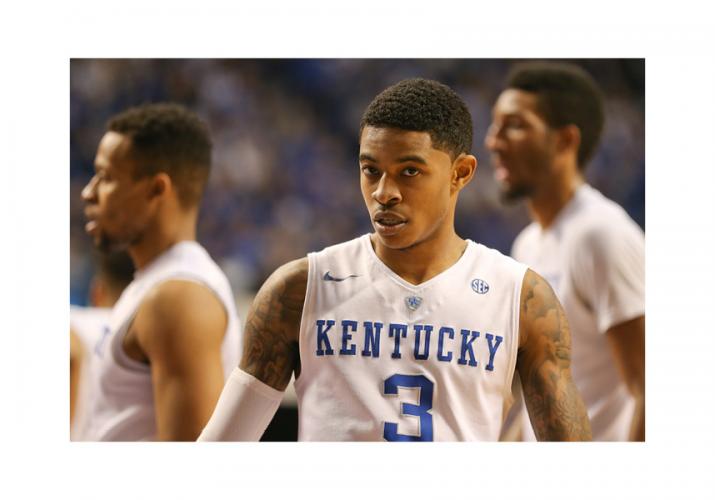 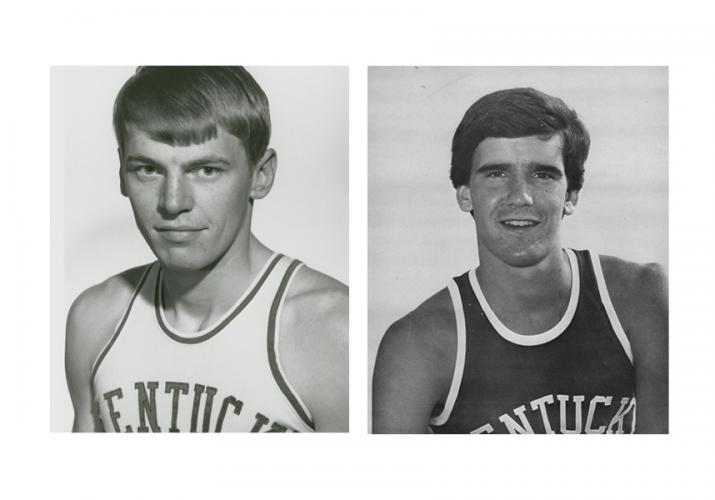 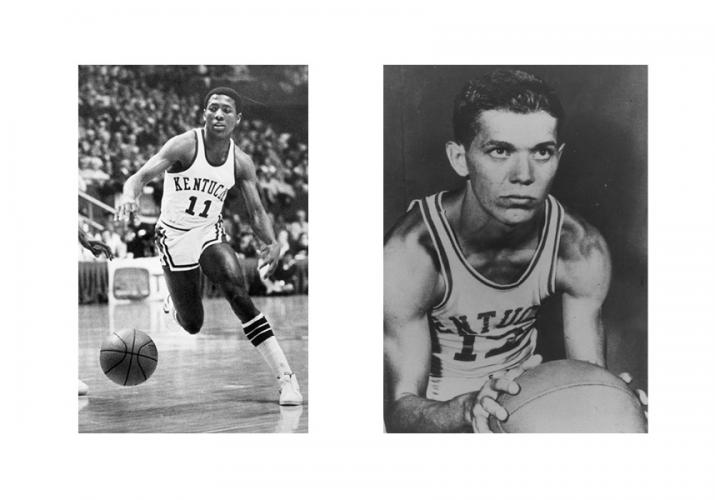 Sifting through names of great players in UK men’s basketball history can take some time. There are a lot of them to consider, dating back more than 100 years.
The greatest of them all, as far as scoring is concerned, is Dan Issel, whose record 2,138 career points likely will never be broken in this age of hasty exits to professional riches. Issel was a center, although in today’s jargon he’d be known as a low post player or, simply, a “big.” UK has had a lot of great ones and while sweet-shooting forwards surrounded most, they all had one thing in common: a talented point guard who could get him the basketball.
Even though this current UK team doesn’t feature a “big” who will show up on any all-star teams this season, it does have a guy who has managed to thrust himself into any Player of the Year debate, despite the fact that he’s usually the smallest player on the court.
The emergence of Tyler Ulis has prompted discussion of where he ranks among the nation’s best, as well as all-time Wildcat floor generals. “He’s so good that the only weakness we can find is his height,” says former Wildcat sharpshooter Cameron Mills, now a Lexington radio personality. “That’s all anyone will talk about. ‘Well, if he was three inches taller, how good would he be?’ He’s so good we can’t find a weakness in his game.”
ESPN analyst Jay Bilas dismisses any question relating the 5-foot-9 Ulis’ efficacy to his size with a phrase some UK fans now are wearing on T-shirts: “If you’re good enough,” Bilas says, “you’re big enough. And he’s good enough.”
How good? “Dominant” was just one of the words used by an opposing coach. “I felt that Ulis was probably the most dominant player on the floor for either team,” said Vanderbilt coach Kevin Stallings, shortly after the UK guard scored 21 points and handed out five assists in a 76-57 UK victory. Stallings listed Ulis’ qualities as though they were the Litany of the Saints:
“He has a great understanding of the game. He plays at a great pace. He doesn’t get sped up. He can make shots. He’s a great layup maker. He’s got good vision. He’s really got everything. He actually utilizes his size to his advantage. He creates advantages with his stature. That’s a unique skill.”
Mills crunched some numbers for his web site, CameronMillsRadio.com, and was shocked at what he found. A vital measuring stick for point guards is assist-to-turnover ratio. According to Mills’ research, until now, former teammate Anthony Epps was the best (since such figures were recorded) at 2.8/1. Ulis for his career: a sparkling 3.45/1 and for this season alone, 3.5/1. During one four-game stretch in February it was a staggering 9/1.
“I was always aware of that being a big deal to coach (Rick) Pitino and to Anthony personally,” says Mills. “That was a stat he took a lot of pride in.” Ulis can take pride in numbers like those, which put him in heady company. A look back reveals a wealth of UK point guards who specialized in making life simpler for their taller teammates.
Some believe Ralph Beard is still the greatest in UK history, among the best of all time. Of course, it’s impossible to compare today’s players with the guys who laced ‘em up more than six decades ago. But it’s also just as impossible to ignore the fact that Beard was a three-time All-American who helped pilot the Wildcats to back-to-back NCAA championships (1948-49).
Not until the “modern” era does another Wildcat point guard pop up on the All-America rolls, Kyle Macy, a consensus A-A in 1980. After him, it seemed as though there was a never-ending stream of talented floor generals.
Macy passed the baton to all-time assists leader Dirk Minniefield, who was recruited to feed the ball to Sam Bowie and Melvin Turpin, although coach Joe B. Hall often had to slide him into the shooting guard slot. That move helped pave the way for Dicky Beal who, like Ulis, was undersized but phenomenally quick and as such, a tremendous defender, although Ulis is a far superior shooter.
Point guards with sweet shots came later. Travis Ford, Roger Harden and Brandon Knight all could light it up from outside whenever the offense failed to yield an opportunity to feed the low post. Ford racked up big assist numbers passing to All-American Jamal Mashburn. Harden’s chief target was another All-American forward, Kenny Walker. And in his lone season as a Wildcat, two of Knight’s favorite targets were Terrence Jones and Josh Harrellson.
The most dynamic talent ever to wear the blue-and-white in recent years was John Wall, himself a 1st-team All-American who, when he wasn’t looking for Cousins, was slashing to the basket or beating everyone down the floor in a one-on-none fast break.
There are so many others: Larry Johnson, Ed Davender, Rajon Rondo, Marquis Teague, Ramel Bradley, Cliff Hawkins. Wayne Turner won title rings both with Pitino and Tubby Smith. Sean Woods, one of the “Unforgettables,” was two seconds away from being known as the author of the greatest shot in UK basketball history. Christian Laettner one-upped him moments later.
But this is Ulis’ time and he’s painting his own picture in the UK history books, wielding a broad brush, using bold strokes. His game is big enough. That’s why he’s good enough.